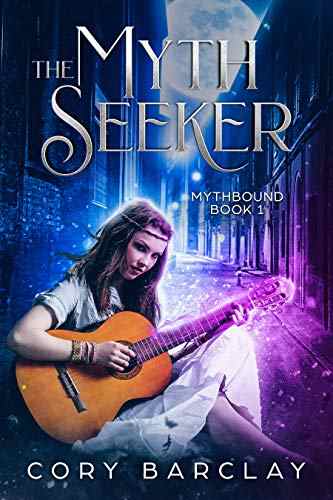 A banshee who just wants to sing.

A leprechaun with a gambling problem.

A sex-addicted succubus in recovery.

Vampires who want a sunny day at the beach.

And then there’s Steve, the regular Joe who inadvertently brought these flawed mythical beings to our world. But he has no idea how he did it, which is a problem, because it’s his job to bring them home.

All this responsibility is putting a serious damper on Steve’s directionless lifestyle. Then he finds out a dark force is trying to kill him and his friends. And he might be falling in love with one of his charges…

Steve realizes he must get his act together, before it’s too late…

"Wow. Awesome Read!"
"One of the best I've read in a long time!"
"Grab your copy, watch the magic unfold!"

All Steve Remington wanted was to live in peace with his lover. Instead, he finds himself immersed in a strange new world populated with bizarre, mythical beings.

Separated from friends and all that’s familiar, he’s surrounded by mysterious enemies, unexpected allies, and a secret rebellion with no leader. Adding to the nightmare, he’s now lost his lover.

War rages and the survival of mankind is at stake. Someone has to stand up for humanity. Will Steve rise to the challenge? He may not be the best representative of humankind, but he’s all the humans have.

His goal is simple: Navigate through the warfare and carnage, rescue his lover, save the human race. Accomplishing that goal—without getting killed in the process—might not be so easy...


"With Dream Leaper Cory Barclay has risen to the top of the list of my fave authors!" 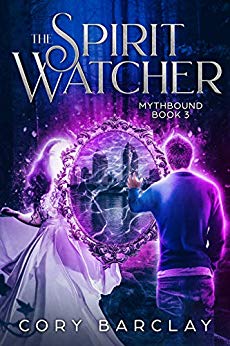 Steve Remington is tired of people using him for their schemes. He has plans of his own: Rescuing the love of his life and winning a war in a foreign world.

Annabel Lee is trapped, stuck with a man she hates and a family whose only quest is power. She’s also harboring a dark secret, but how long can she keep it hidden?

Meanwhile, the people of Mythicus are in turmoil. One side seeks to commingle with humans, the other is desperate to prevent that at all costs. The latter ensures the purity of all; the former changes everyone and everything forever.

Which side is right? Who will prevail? And can Steve and Annabel survive the overwhelming personal and inter-global obstacles they face? The answers lie in the Mythbound trilogy's spellbinding conclusion.


Please write a review!   Good reviews make a huge difference,  so PLEASE write one!  Just click the Amazon (or Goodreads) link above,  then scroll to the  'Write A Customer Review'  button.  Thank you, Cory.